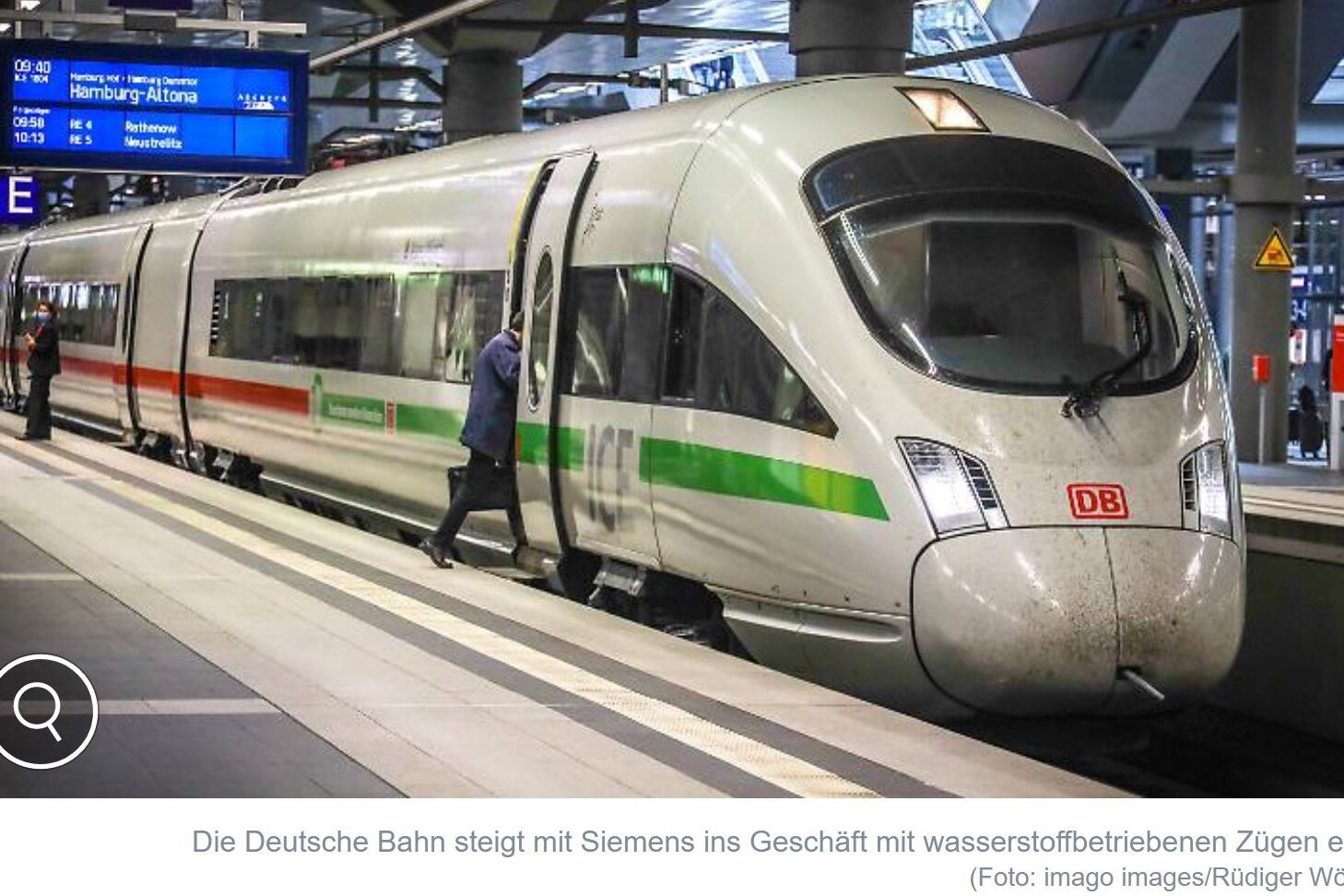 By 2050, Deutsche Bahn wants its network to be climate-neutral. This ambitious goal is also to be achieved with the help of hydrogen trains. The company has agreed a test run for the project with Siemens. Tests with hybrid locomotives are also planned.

Deutsche Bahn wants to improve its carbon footprint with battery and hydrogen trains as early as 2024. To realize these plans, the group has entered into a cooperation with Siemens. In two to three years’ time, the partners announced that a regional electric multiple-unit train with fuel cells is to go into trial operation in the Tübingen area of Baden-Württemberg. The Siemens train will have a range of 600 kilometers.

“The climate-friendly traffic turnaround is possible,” said Sabina Jeschke, member of the Deutsche Bahn board. According to this, Deutsche Bahn does not want to use conventional diesel vehicles in 2050 in order to be climate-neutral by then. This will require, among other things, the replacement of 1300 diesel multiple-unit trains. According to Deutsche Bahn, 39 percent of the 33,000 kilometers long DB network is not electrified. Diesel railcars are often used on regional lines in particular.

For the Tübingen hydrogen train, Deutsche Bahn is converting the Ulm maintenance plant and developing a mobile hydrogen filling station. According to Deutsche Bahn, the hydrogen will be produced in Tübingen using green electricity. The train will replace a diesel railcar between Tübingen, Horb and Pforzheim for a year, it was said. This would make it possible to save 330 tonnes of carbon dioxide per year.

Tests with hybrid locomotives
For less heavily trafficked sections without electricity, the railway is also testing hybrid locomotives with diesel and battery. There will also be pure battery trains. Experiments are also being conducted with so-called eco-diesel made from used grease. Because even with electricity, trains do not run cleanly. The share of green electricity in traction current is 60 per cent. The target for 2038 is 100 percent.

“In the long term, our hydrogen trains can replace diesel vehicles,” the head of the Siemens train division, Michael Peter, told Reuters. The replacement of the internal combustion engine in rail transport by vehicles with hydrogen tanks or batteries would develop into a market worth billions. “We see a market potential in Europe of 10,000 to 15,000 multiple-unit trains, which will be replaced in the next ten to 15 years,” said the Siemens Mobility boss. A Mireo Plus-type train costs five to ten million euros, depending on its equipment. “This gives a market potential of 50 billion to 150 billion euros in Europe.”

However, it remains to be seen whether vehicles with hydrogen tanks or batteries will prevail on the non-electrified lines. Siemens is therefore pursuing several options. “The electricity comes either from the overhead line, from the battery or from the fuel cell,” explained Peter. “Thanks to our modular design, we can combine these power sources in the vehicle according to customer requirements”.

The group thus sees itself at an advantage over its rival Alstom, which has already sold a number of regional trainsets with hydrogen fuel cells in Germany. While Alstom has developed its Coradia iLint model from a diesel vehicle, the Siemens train can also be powered from the overhead line on electrified sections of line to drive and charge the battery. However, hydrogen propulsion cannot yet compete with powerful diesel locomotives, such as those used on non-electrified lines in North America.