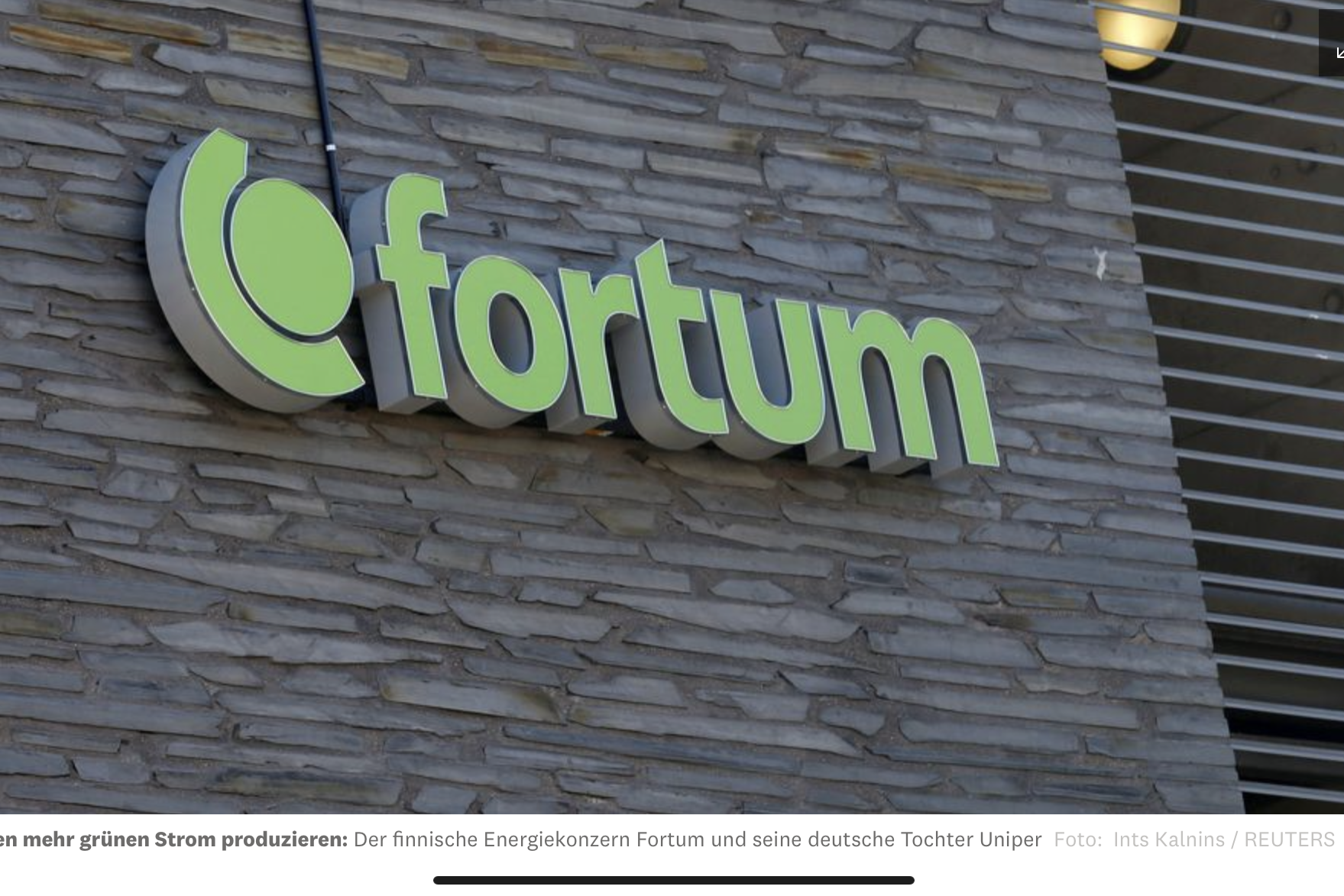 The Finnish mother Fortum and Uniper want to become greener. From 2035, the electricity produced in Europe is to come only from renewable energies. Also the mood seems to improve after the takeover dispute.

After their fierce takeover battle, the Finnish energy company Fortum and its new subsidiary Uniper want to jointly develop a more climate-friendly electricity production. The companies announced on Thursday that power generation in Europe should be climate-neutral by 2035 and in all other markets by 2050.

Fortum CEO Markus Rauramo (52) said at the Capital Markets Day that CO2-neutral power generation and environmentally friendly gas were the cornerstones of the joint group. Uniper and Fortum also want to get involved in the future business with hydrogen.

Uniper CEO Andreas Schierenbeck (54) emphasized that Uniper is already represented at all stages of the hydrogen value chain. “Combined with Fortum’s strong market access in the Nordic countries this gives both companies the opportunity to actively shape the international hydrogen market”.

The former Eon power plant subsidiary wants to expand its green electricity capacities. Uniper will build up an additional one gigawatt of solar and wind energy by 2025, and another three gigawatts are to be added in the following years. In Russia, too, where both companies generate electricity, production is to be gradually converted to renewable energies. At the same time, plants using fossil fuels are to be gradually reduced.

Paradoxically, however, the current joint commitment to more green electricity also stands in contrast to the start of the controversial hard coal-fired power plant Datteln 4 this year, which started regular operation at the end of May. It will be the last remaining hard coal-fired power plant in Germany in Uniper’s portfolio and is not scheduled to be shut down until 2038.

Fortum had reached out to Uniper for the first time in 2017 and met with fierce resistance. In the meantime, the climate had improved considerably. In particular since the change in management at Fortum from Pekka Lundmark (56) to Markus Rauramo, the relationship has improved, Uniper works council chairman Harald Seegatz told the Reuters news agency. The co-determination rights are maintained, “we are fully involved in regular talks”. The employees are secure and the Düsseldorf location should also be retained.

Apparently better mood under new board of directors

Fortum now holds around 75 percent of the MDax-listed company, for which the Scandinavians have invested 6.5 billion euros. Fortum CEO Rauramo put the synergy effects of the two companies at more than 50 million euros annually. By 2025 they are expected to increase to almost 100 million. This will generate added value for both companies and their shareholders, he said. However, this is slightly less than the market expected, the experts from JP Morgan wrote.