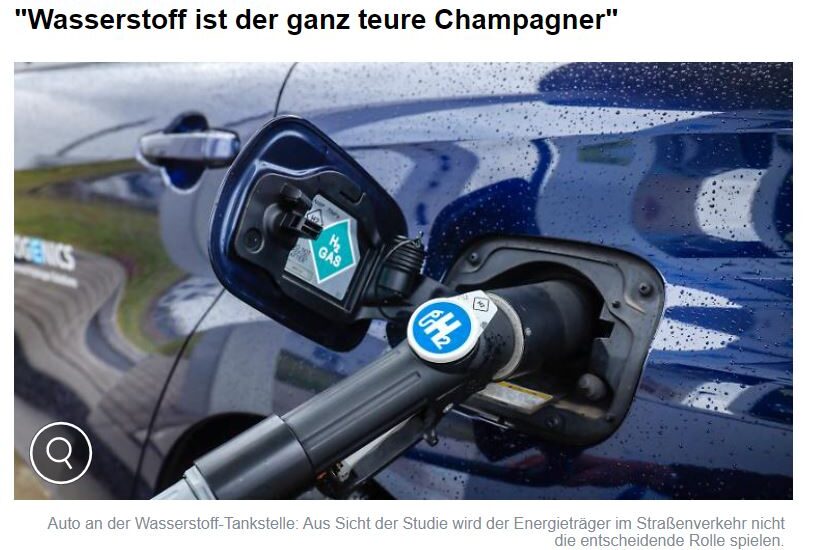 With Gaia Hydrogen it would be easier…

It is getting serious: Germany is to become climate neutral by 2050. But this will require considerable efforts, a study by environmental think tanks criticizes. For example, the increase in renewable energy needs to triple in the next ten years. This is because electricity will then be needed even more than today.

In 30 years, Germany’s net greenhouse gas emissions are expected to be zero – according to a new study, this will require significantly more green electricity than previously planned and a complete stop to investment in fossil technologies from 2030. “The federal government has decided on climate neutrality in 2050, but it has no plan for it,” criticized Patrick Graichen, director of the Agora Energiewende think tank.

As Agora Energiewende, Agora Verkehrswende, and the Climate Neutrality Foundation have calculated, the number of new wind and solar installations would have to be roughly tripled in the next ten years and the German climate target for 2030 raised to 65 % fewer greenhouse gases than in 1990. In addition, the goal must be to achieve a green electricity share of 70 percent in 2030 instead of 65 percent. Instead of the current target of 10 million electric cars, 14 million would have to be on the roads by then, said Christian Hochfeld, director of Agora Verkehrswende.

In a second step, emissions should then be reduced by 95 percent by 2050. Whatever greenhouse gases remain, for example from cement production or agriculture, would have to be extracted from the atmosphere and stored using natural and technical solutions.

Coal phase-out already necessary by 2030
The coal phase-out, which is currently planned for 2038 at the latest, should be completed by 2030, the study goes on to say that oil and gas phase-outs should follow. This includes that from 2030 on fossil technologies – such as classic combustion engines or oil and natural gas heating systems – may still be used, but not sold and installed again.

Hydrogen as an energy carrier also plays a major role in the considerations – but not where electricity can be used directly, as in heating or road transport. “Hydrogen is the very expensive champagne of the energy turnaround,” said Rainer Baake, Director of the Climate Neutrality Foundation.

Electricity-based fuels are needed above all in air and sea transport, but also in steel production and other industries. The authors of the study assume that by 2050 Germany’s electricity demand will be half as high as it is today, even though energy demand will fall by half overall – because electricity replaces coal, oil and gas as energy sources and a great deal of electricity is needed to produce hydrogen.

Hydrogen is at a ‘tipping point’ with $11 trillion market set to explode, says Bank of America
October 7, 2020

The Path to hydrogen competitiveness: A cost perspective.
August 26, 2020