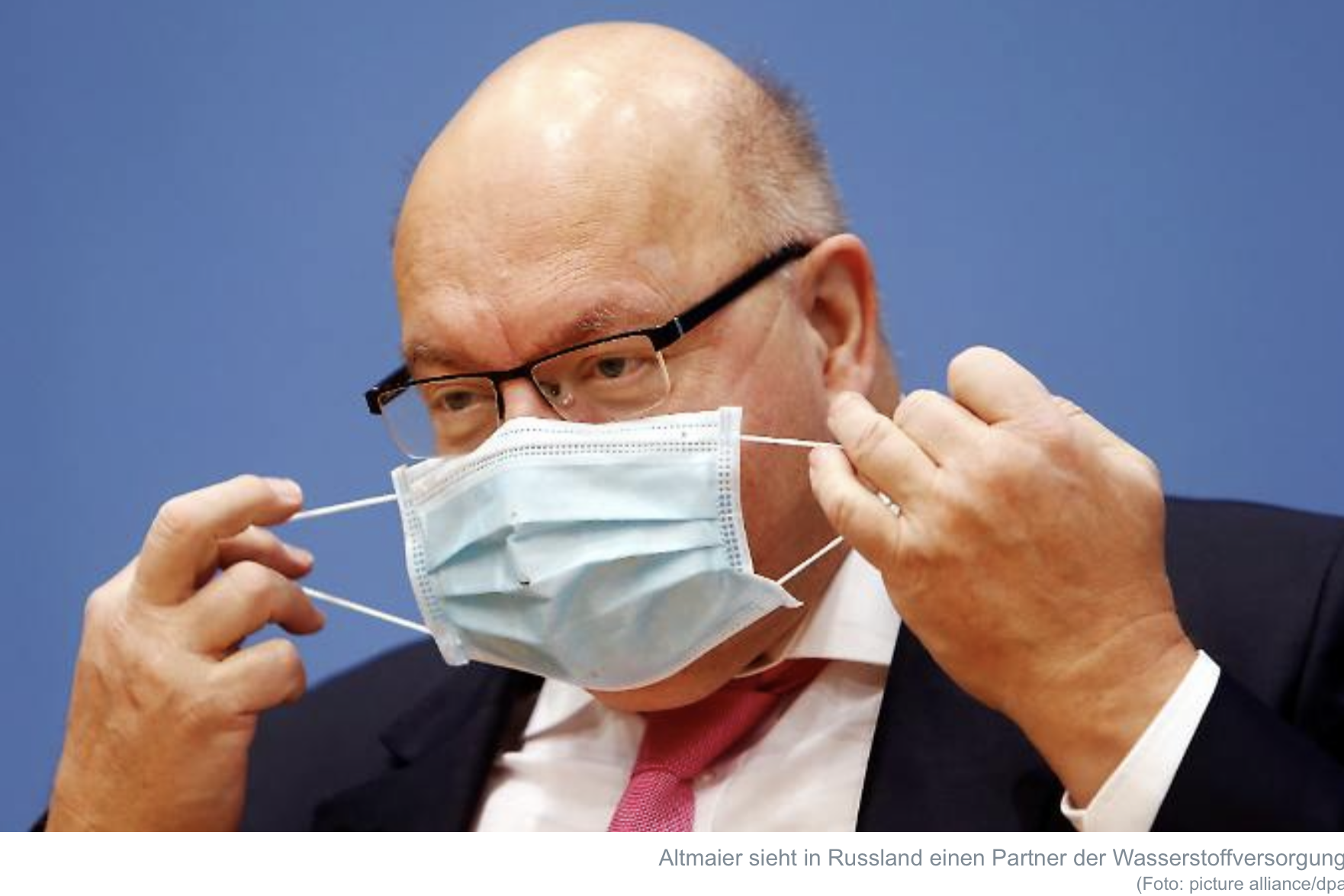 In the opinion of Federal Minister of Economics Peter Altmaier Germany and Russia should deepen their cooperation on green hydrogen. The CDU politician said this at the German-Russian Raw Materials Forum in Berlin. On the way to climate neutrality by the year 2050, Germany would be dependent on the import of carbon dioxide neutral hydrogen, he said. Here Russia could produce hydrogen for Germany at low cost with its wind and solar resources and be a promising partner due to its extensive pipeline infrastructure.

Departure towards climate neutrality
“This also offers new opportunities for the development and deepening of our bilateral German-Russian economic relations,” said Altmaier. “Hydrogen produced in a CO2-neutral way could build additional bridges.

He added that hydrogen plays a key role in the decarbonization of sectors that are difficult or impossible to electrify. Altmaier included heavy industry, the chemical industry as well as heavy goods traffic and aviation.

Hydrogen must be imported

The goal of the German national hydrogen strategy is to create a liquid international market for CO2-neutral hydrogen. Germany will never be able to meet its national demand with domestic production. Therefore, CO2-neutral hydrogen will have to be imported “on a large scale” in the medium term.”To this end, Germany will establish bilateral hydrogen cooperation with countries that have a high potential for cost-effective production of hydrogen from renewable energies. This also applies to Russia”, Altmaier said.

Russia has this potential – both in terms of the production and transport of green hydrogen, which is only produced using renewable energy. German companies in turn are among the world leaders in the production of green hydrogen. “We should combine these complementary skills and resources to our mutual advantage,” Altmaier said. “I am therefore pleased that talks on increased cooperation in the field of hydrogen are already underway. They need to become much more intensive,” Altmaier warned. Altmaier had previously announced that green hydrogen would also be imported from Africa, where it could be produced cheaply with solar energy.